Dr. Zindel Segal is the Distinguished Professor of Psychology in Mood Disorders at the University of Toronto Scarborough and a Senior Scientist in the Campbell Family Mental Health Research Institute at the Centre for Addiction and Mental Health. His research has helped to characterize psychological markers of relapse vulnerability to affective disorder. Among the books he has authored are Interpersonal Process in Cognitive Therapy,Cognitive Vulnerability to Depression, and Mindfulness-Based Cognitive Therapy for Depression: A new approach for preventing relapse. Awarded the Douglas Utting Prize for significant contributions to the understanding and treatment of depression and the Hope Award by the Mood Disorders Association of Ontario, he continues to advocate for the relevance of mindfulness-based clinical care in psychiatry and mental health. 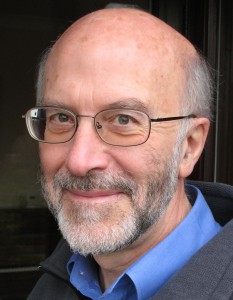 John Teasdale has worked as a research scientist, funded by the Medical Research Council, first in the Department of Psychiatry, University of Oxford, then in the Cognition and Brain Sciences Unit, Cambridge. His research has investigated basic psychological processes and the application of that understanding to the relief of emotional disorders. For many years, this research involved the exploration of cognitive approaches to understanding and treating major depression, and he was one of the pioneers of cognitive therapy research in the United Kingdom. More recently, the findings of earlier research have been applied to the development and evaluation of mindfulness-based cognitive therapy. He has received a Distinguished Scientist Award from the American Psychological Association, and has been elected Fellow of both the British Academy and the Academy of Medical Sciences. He is currently retired, pursuing personal interests in practising and teaching meditation and mindfulness training. 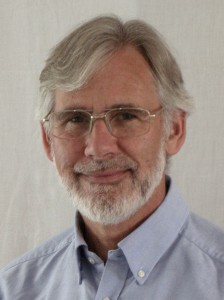 Mark Williams is Emeritus Professor of Clinical Psychology and Emeritus Fellow of Linacre College, University of Oxford, and was Founding Director of the Oxford Mindfulness Centre (2008-2013). The main focus of his work has been to understand how best to prevent serious clinical depression and suicide. His books include Mindfulness-based Cognitive Therapy for Depression: A new approach to preventing relapse (Guilford, 2013) with Z. Segal and J.D. Teasdale; The Mindful Way Workbook (Guilford, 2013); Mindfulness: A Practical Guide to Finding Peace in a Frantic World (London, Piatkus, 2011), with Danny Penman, Cry of Pain: understanding suicide and self harm (Piatkus, 2014), and Mindfulness and the Transformation of Despair: working with people at risk of suicide (New York, Guilford, 2015), with M. Fennell, T. Barnhofer, R.Crane, and S. Silverton. Now retired, he continues his research (focussing currently on mindfulness training in young people), to teach mindfulness to teachers-in-training across the world, and to explore, with colleagues, how mindfulness and compassion might most authentically be cultivated in evidence-based public policy. He is a Fellow of the British Academy and of Academy of Medical Sciences, and an honorary Canon of Christchurch Cathedral, Oxford.